What is a VIN (Vehicle Identification Number, Serial Number) tag?

< Back Ask a New Question
The VIN (Vehicle Identification Number or colloquially Serial Number) tag is a tag used by government agencies as the official document located on any vehicle to uniquely identify that vehicle for proof of ownership. 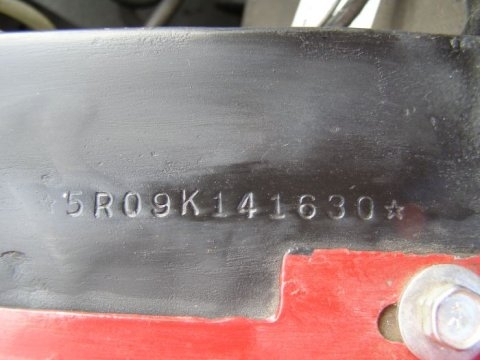 The required use of a VIN tag by the United States Government was not codified until the 1968 model year. Prior to that, Ford Motor Company used a method of stamping the VIN for the vehicle into a piece of sheet metal that was an integral part of the body.

For example, Mustangs had the fender aprons stamped with the VIN for the 1965-1967 model years as seen here. Even though this practice continued in the 1968 and later model years, it was no longer the official VIN for the vehicle; its use subrogated to keeping track of the vehicle while at the assembly plant. 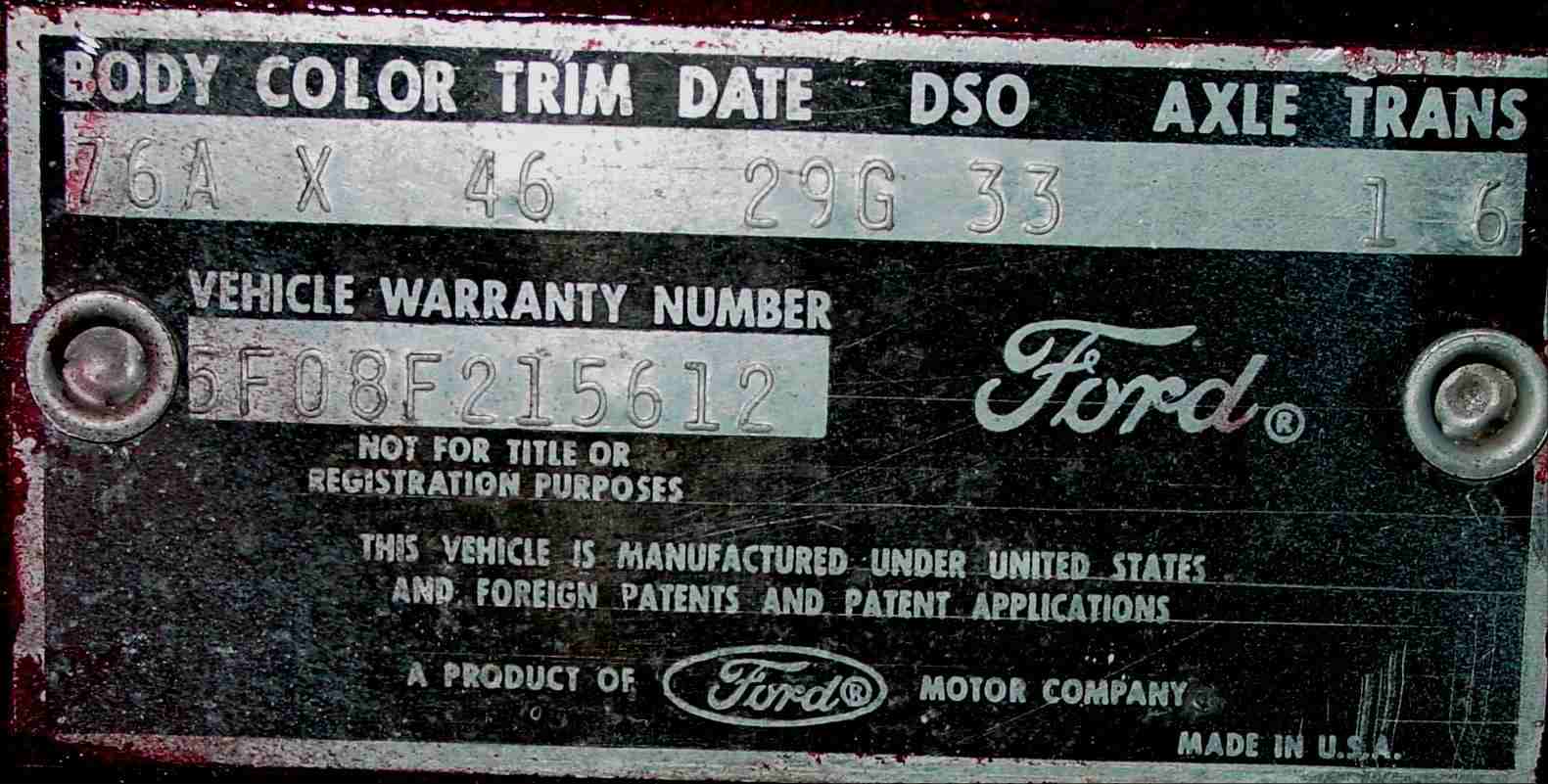 This is not a VIN tag, although a significant number of people call them that because it has a vehicle identification number on it. Note that it has a statement on it that says, "NOT FOR TITLE OR REGISTRATION PURPOSES." It is called a patent plate, or more commonly called a door data plate. More information is located here: http://www.martiauto.com/faqfocus.cfm?qid=246. It is important to understand the distinction. One of the reasons this is important is that sometimes DMV (MVD, BMV) agents do not know this and when they open the door of your vehicle and find it is missing or one from a donor vehicle (with an incorrect serial number for your vehicle) is installed, you will get tied up in bureaucracy. Pointing out that the official VIN is located elsewhere is important (although very gentle words are encouraged to avoid the wrath of an upset agent!).

When the VIN tag began to be used for the 1968 model year, it was installed in the dash up against the window on the passenger side. 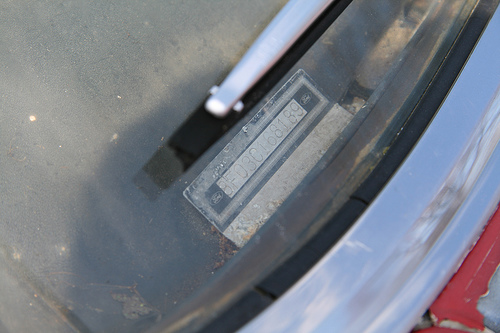 United States Title Code required the tag to be visible to government officials (especially police officers); however, it was not specified which side to place the tag. Chrysler Corporation and General Motors Corporation choose the driver side of their vehicles. The code was ammended for the 1969 model year requiring it to be on the driver side. Because of this anomaly, government officials occasionally make the mistake of assuming a 1968 Ford vehicle has been tampered with because the VIN tag appears to have been "moved" to the passenger side.

If you encounter a DMV agent who starts questioning your car because of that, have his/her supervisor called immediately and point this out. I have known of overzealous agents who impounded the vehicle and removed the "offending" tag. 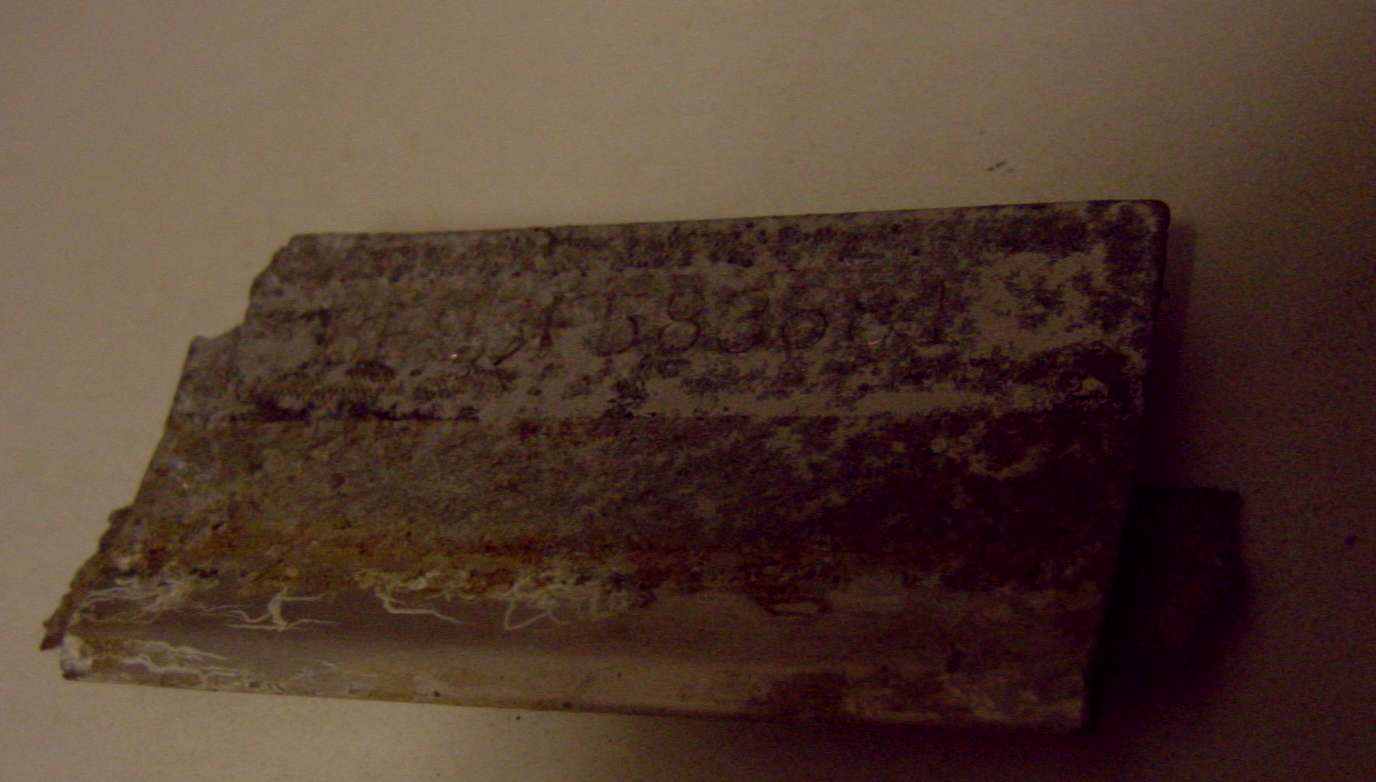 It was replaced by a state-assigned VIN. This will affect the value of your vehicle (and I don't mean positively).

The VIN tags for the 1968 model year were made out of aluminum. Because of the galvanic reaction between the aluminum of the VIN tag and the steel dash that it was attached to, it became common for the tag to corrode, sometimes to the point of illegibility. The picture to the right is a tag that belonged to a rust-free car. But it was in a humid environment. Tags in this condition will often invite the DMV agent to remove it and replace it with a state-assigned VIN tag. Deal with restoring the tag before you have inspections performed.