What is a factory build sheet?

The build sheet was a paper that was used during the assembly of the vehicle. It was used on the Trim and Chassis (T&C) line as a device to communicate to the workers what items were to be installed in or on the vehicle. After the vehicle was completed, these were discarded as their purpose had been served. Often, they were placed in the car. Typical locations to find them are under the carpet, stuffed between the springs in the seats, behind door panels, or inside the headliner.

The typical build sheet for pre-1967 models was not as detailed as the later sheets, but still contained codes for most options assembled on a vehicle. Codes that correspond to the Vehicle Order Card are used to identify options, so an appropriate decoder is necessary to ascertain the meaning of values in various spaces on the sheet. If special, non-standard items were to be installed, these would appear below in the comment section.

Starting with the 1967 model year, typically, items such as shocks, springs, and driveshafts had a color code (or codes) to identify the item. This was due to the similarity in appearance of a given part with significant differences in an engineering value. For example, front coil springs might have had spring constants that ranged from 600 lb./in. to 850 lb./in. The appearance of these springs were identical, hence, colored paint in the form of stripes or dots were placed on the part to make sure the correct item was installed.

As another example for a given engine assembly, there were different features available. As an example, the 1970 428 Cobra Jet engines installed in Mustangs could have been configured six different ways. Since the engines were built at the engine assembly plants with certain items like the carburetor, distributor, and flywheel/pressure plate preinstalled, a means for ensuring the correct combination was installed was created. These differences were accounted for in the form of engine tags. A 1970 428 Cobra Jet engine with a four-speed manual transmission and air conditioner without the Drag Pack would have had a tag that was labeled 420AG. Because a casual look at this engine versus a 428 Super Cobra Jet engine would not appear too different to a worker, it would have been easy to install the incorrect assembly. But the procedure was to locate the engine code on the build sheet, then identify the same code on the engine before installation.

These procedures helped ensure minimal mistakes were made in the assembly of these vehicles. 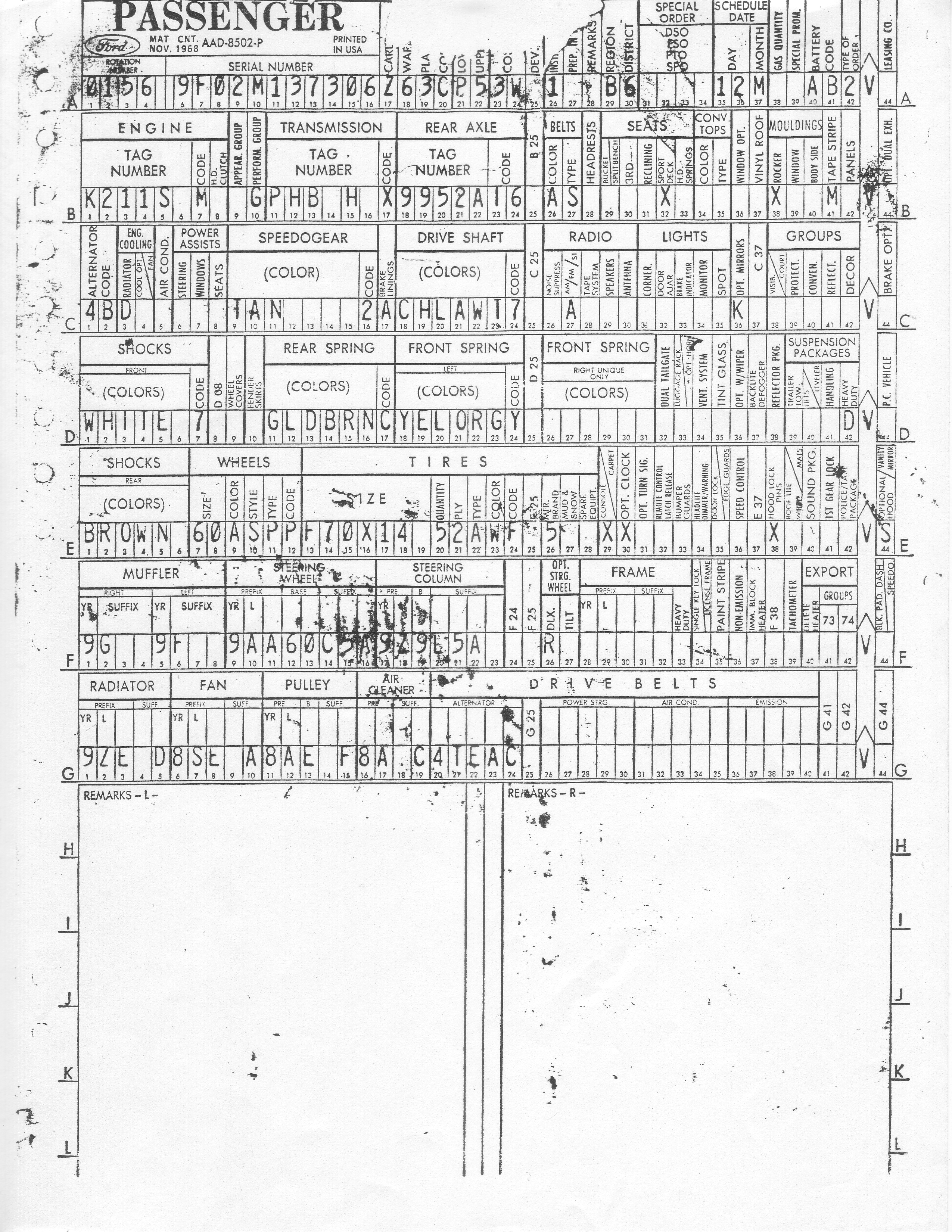